Strolling hand-in-hand on scenic Crane Beach in Ipswich, Mass., Andrew and Sophie noticed a curious drone flying along the shore and heading in their direction. Hanging off the drone was a black bag containing a very special cargo, which Sophie would soon learn was a diamond engagement ring.

Andrew had conspired with a New England company specializing in aerial drone videography to assist him with an unforgettable, high-flying, surprise marriage proposal.

Not only was the drone making the ring delivery in a most unusual way, but also was capturing the momentous event in crystal clear 1080p high definition — from an amazing vantage point.

The company, Above Summit of Somerville, Mass., posted a video that combines footage generated by the drone-mounted cameras and others on the ground. The result is a masterful presentation that, in the arena of awesome marriage proposals, raises the bar for creativity and sheer beauty.

In the video, we see the drone slowly descending on the couple, and then hovering just above Andrew, who reaches up to remove the bag. 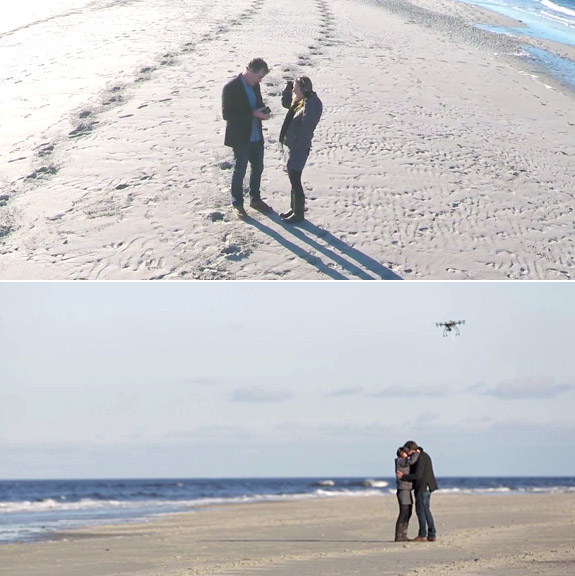 Now, with his grandmother’s heirloom engagement ring in hand, he proposes to Sophie, who says, “Yes.” The couple kisses and embraces. 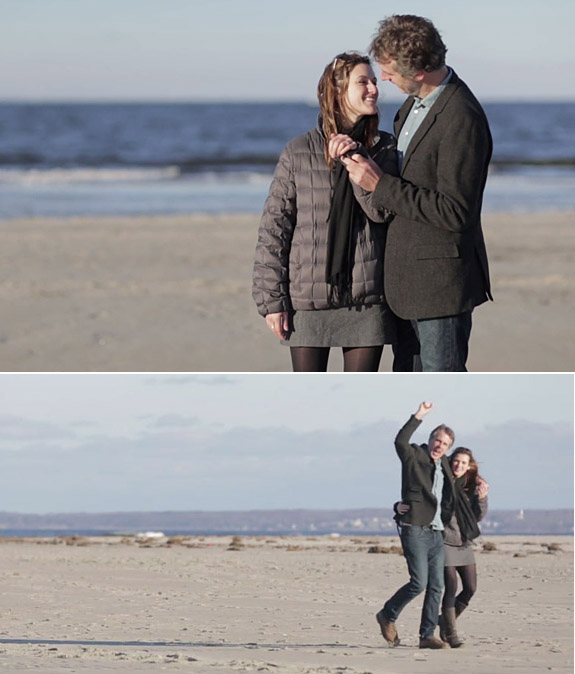 Then, much like the final scene of a Hollywood romance film, the drone’s camera locks onto the couple as it takes off into the distance, creating an epic end shot. 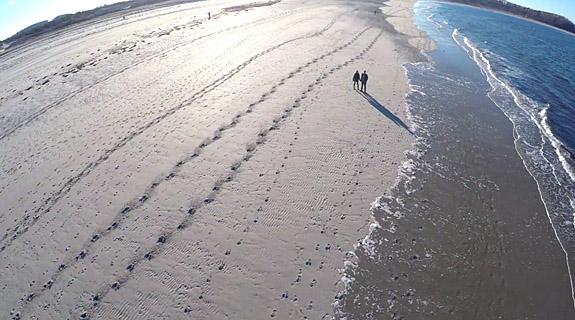 Drones, which are sometimes called unmanned aerial vehicles, typically have multiple rotors and can fly safely within 10 feet of the subject matter, according to a Q&A published by Above Summit.

The units are flown by remote control and often have two operators — one flying the drone and the other controlling the camera. They are allowed to fly in “unregulated” airspace, generally staying under 400 feet in altitude and away from airports and other aerial activity.